Previous Next
The first Monocoque construction 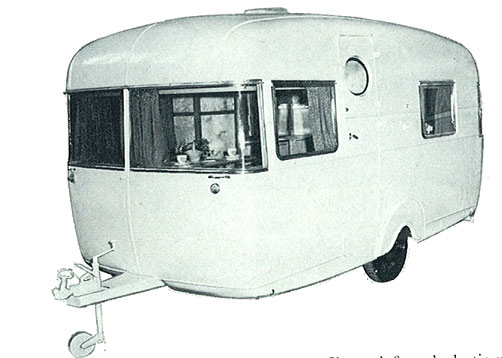 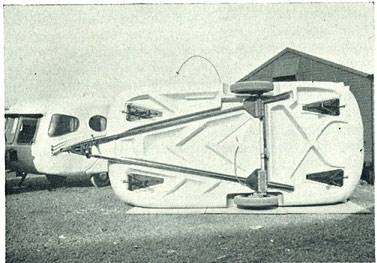 It was late 1956 before a real monocoque (without chassis) was released. Despite the ‘light’ look, most vans were in fact heavier than their equivalent counterpart. Late in 1965 at the Earls Court Show, Regency released a fibreglass caravan which was a bit of an ugly duckling with its bulbous look and despite being well equipped with full shower, 1800 watt heater, fridge, oven, hot/cold water, on board water tank, fluro lighting. It used polyurethane foam filled sandwiched between two layers of plywood (an idea ahead of its time in terms of insulation and strength).