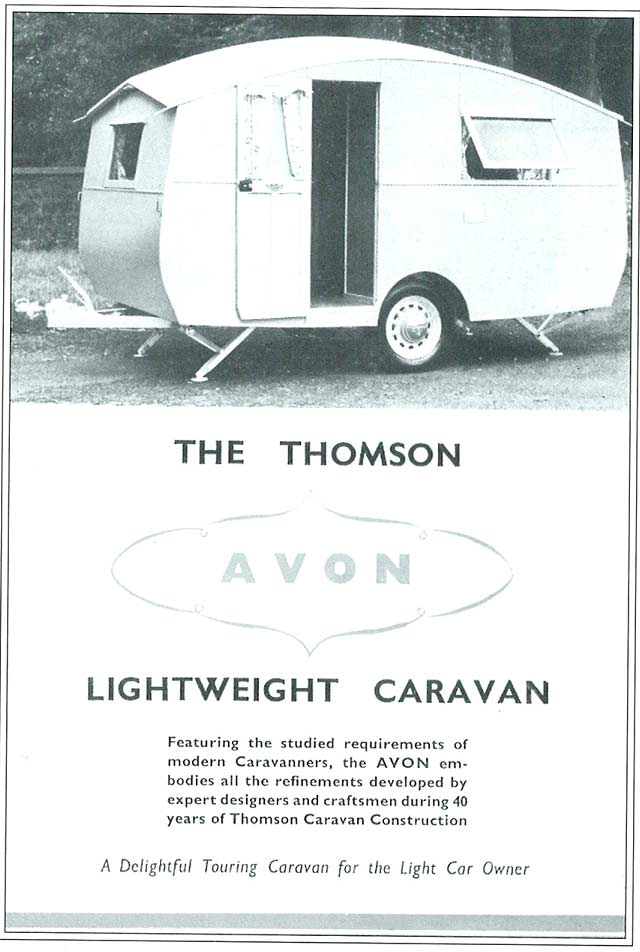 In Post War England, the caravan industry bounced back in a modest way with a number of new models, most basic and often similar to pre-war design/shape. Eccles produced some 500 caravans over 18 months post war but by late 1940’s was slowly loosing ground in its domination of the post war market. Other manufacturers were quickly becoming established and one old rival (Thomsons) was producing 500 caravans per year, of which some were being exported.

Combined annual production for 1949 was stated at around 3000 units for all manufacturers. Prices by this time for top of the range vans had risen to as much as 1062 Pounds for a 14’6” unit. Another manufacturer specialized in boxy looking vans which could be easily adapted to make mobile clinics, film location work, libraries, dental clinics, canteens, engineering site offices, laboratories, banks or even mobile Post Offices. Other makers developed ideas of fold out annexes, kitchens and toilet, provided better living space and also designs for easier towing.

Years rolled on and the caravan industry continued improving in all areas. A typical luxury 1949 caravan (19 foot) had all the previous expected equipment, but upgraded to the era with items like a chute for kitchen rubbish, a concealed floor bath, fold away ironing board, etc. Its price tag – 1850 Pounds even wartime aircraft work influenced some caravans in a monocoque construction, resulting in increased strength and lightness.

Models continued to come and go as did the changing of layouts – eg kitchen front, kitchen rear, or kitchen middle; settee or bunks; optimized storage cupboards/space; addition of fittings for guns/fishing rods/dinghys. By 1947/48 some 215 companies were plying their caravan trades. Annual production from some firms had reached upwards of 800 per year and the export market continued to grow. Manufacturers came and went also, with one classic sales flop being the Berkeley by ‘Statesman’; the first built caravan with an upstairs bedroom.