How strong is that caravan?

Previous Next
How strong is that caravan? 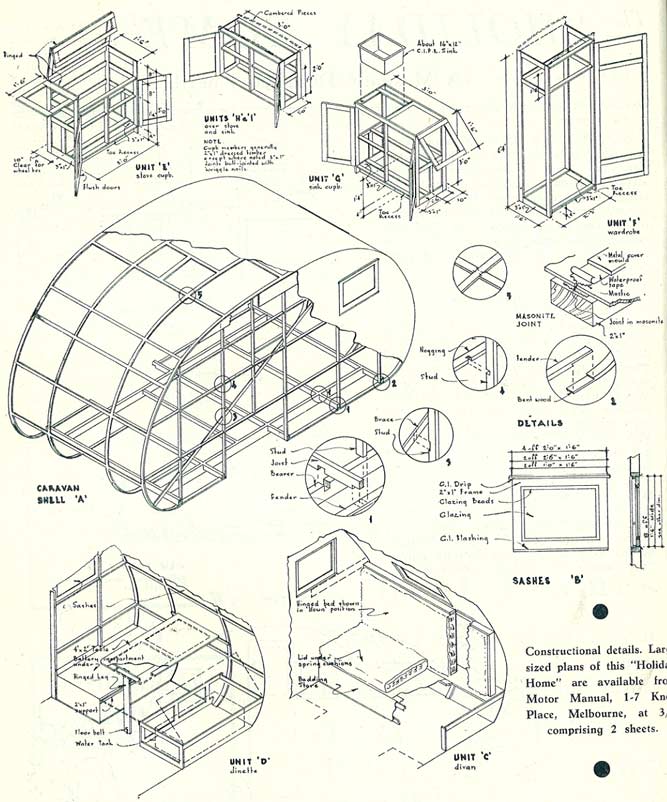 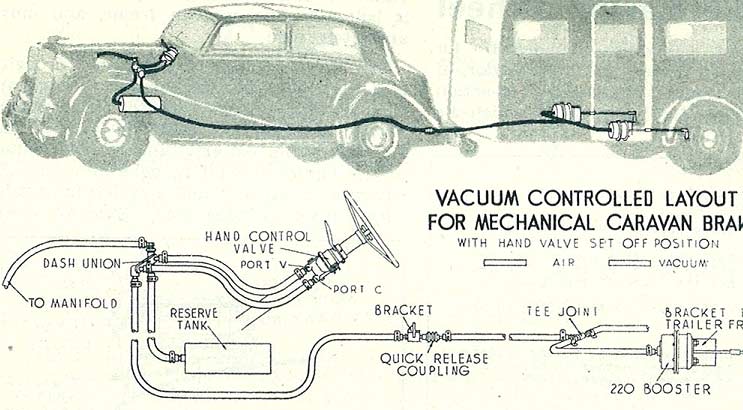 To prove the ruggedness of caravans, a number of manufacturers went to great lengths to show strength, endurance and towing characteristics to their customers. One such test included a caravan being towed 1550 miles in the Monte Carlo Rally and finishing 35th. Another caravan covered 3000 miles in 21 days loaded with 8 cwt of supplies for its 5 man crew. Eccles sent yet another caravan through the Sahara desert loaded with supplies for a 6 man crew. The lessons learned from such tests led manufacturers to look at many areas including easier towing, aerodynamics and streamlining.

Innovations included things such as – a drawbar fitted to each end of the caravan, a side panel sunflap (which is still common today), the use of bakelite material which could save up to 150lb on a conventional 12’ streamlined caravan, air extractor, sliding sun roof, pull out slide extension for the van kitchen and underfloor bath. Toilet tents were considered more hygienic so the caravan loo was scorned through to around 1939. Many of the larger caravans came equipped with servo brakes.

Through the 1930’s a number of manufacturers produced a teardrop design caravan to open up the past time of caravanning to even those with the smallest of cars eg an Austin Seven. One firm produced a panel form caravan which could be dismantled for storage, and another model a fold down height of 3’ 6’. Despite such flair, this manufacturer disappeared shortly after. Manufacturer (Thomsons of Scotland) had arrived at their particular design following a series of wind tunnel tests at the Royal Glasgow Technical College and discovered the shape greatly influenced towing qualities above 35 mph. About this period a common layout was for the kitchen to be at an end if over 16 feet and centered if under 16 feet, although 2 berth units inevitably had an end kitchen. There continued considerable resistance to having a toilet located inside caravans, despite double walls and good seals. One manufacturer even went so far as to only fit a WC with an external door.

Cladding had moved to the cheaper ‘hardboard or masonite’. To avoid expansion and warping problems from dampness it was recommended these boards be painted inside and out but this was rarely done. Internally plywood continued to be the popular choice and was painted except for ceilings which commonly used insulation board. Some coach builders continued to use canvas and leather cloth roofs but despite being quieter in the rain they were easily damaged by branches and needed regular maintenance.

Despite such developments, the latter 1930’s exposed a widespread ignorance of what made for good towing. Much experimentation occurred in the areas of layout, springs, wheel size and trussing. One story about a maker says a customer returned his van complaining of bad towing. The problem was fixed and van returned, but sometime later the owner found an old differential hidden behind a false floor in the front locker. Understandably the importance of the car/caravan weight ratio was lost. The focus had been on the horsepower of the car and ability to climb hills. Factors such as air drag, suspension and brakes were not of such concern. Interestingly, “nothing is new” – in 1937 American caravan (Nomad Caravan Co) fitted its units with electronic brakes, controlled from the car.