How many options are there?

Previous Next
How many options are there? 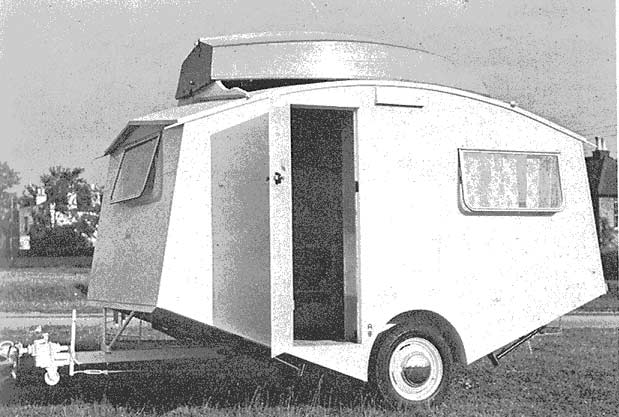 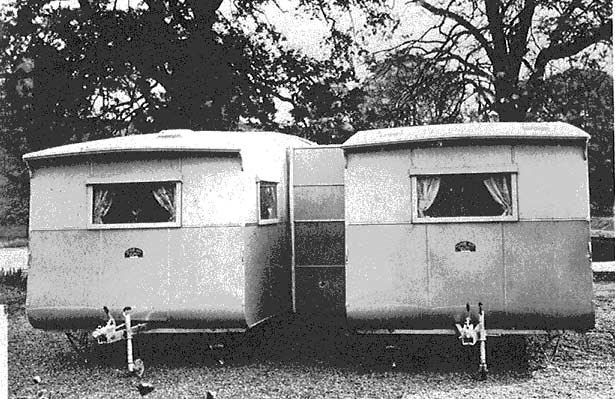 By 1935 you could get a fully equipped caravan – the latest in streamline design and lightweight construction, a compact kitchen with gas stove and fully equipped down to a can opener, 240 volt electrics, radio, clock, electric fan, plus hot and cold running water. By this time the ball type coupling had superseded the old pin type hitch.

Apart from caravan design, customers could also buy a ‘bungalow’ construction which was a larger box shaped van designed for permanent living and the occasional moving. Some manufactures also provided custom made motorhomes. One manufacturer even had a boat type designed caravan.

By 1937 virtually all furniture inside a caravan was made from plywood and this year also saw the first use of plastics. One or two firms began to use sheet steel which produced some very curvaceous lines. The number of caravan manufacturers continued to increase but there also continued a disappearance of many who failed to make the grade for one reason or another.

Through this period Eccles continued to be a market leader and moved to mass production of caravans, producing up to 200 vans per year, ranging from a budget priced 14’ 6’ van at 130 Pounds up to their 17’9” Senator at 435 Pounds. The onset of WW2 saw Eccles move making special trailers for ambulances, etc.

Before the War only two or three makers were producing over 300 caravans per year. It was 1939 before any manufacturer had the confidence to fit LPG as standard in all models but by this time there was also a good distribution of outlets in most parts of the country. Bottled gas still had its share of opponents who dwelt on the problems of smell and fears of mantle breakages. Towards the end of the 1930’s, gas had truly come of age in the caravan, giving better lighting and heating equipment and as products and dealers continued to grow, so did the interest in the Caravan Club. As the caravan moved from the square box to a seriously sophisticated leisure vehicle, the domestic market flourished and a number of manufacturers found the export market with great success, it was only the War which slowed all things down.