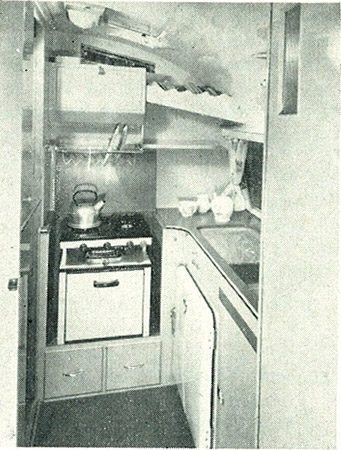 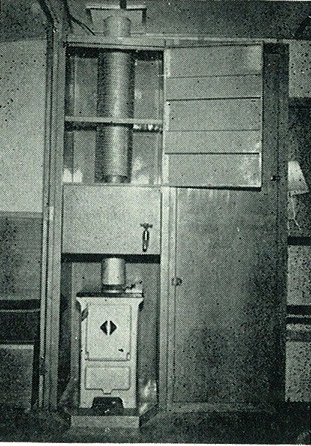 The 1930’s saw a rapid growth in the manufacture and use of caravans and a continued development of innovations – bottled gas was used for the first time. Cooking equipment until the mid 1930’s had been dependant on oil or petrol, from the 1930’s the more sophisticated Primus type and petrol vapor stoves became popular.

Heating was usually via a pressure type burner with a bowl reflector but these would burn furniture if directed too close and were a hazard due to the risk of being knocked over. Despite provoking condensation and being reasonably efficient, bottled gas was superior. Technological progress in all areas was significant. There had been improvement in chassis design and fibre-board cladding gave way to better products such as aluminium.

About 1934 the old epoxy resins gave way to synthetic enamels which were better suited to wood products. Unfortunately these paints were lead based and a deluxe caravan could have 8-10 coats.

Lighting wasn’t much of a problem as caravanning was mostly an activity of the long summer days. Most used lighting via the car battery but deluxe caravans had their own battery supply. Pressure lighting lamps by Tilley, Coleman, Aladdin, were also used.