Previous Next
A rapid expansion period and mass production 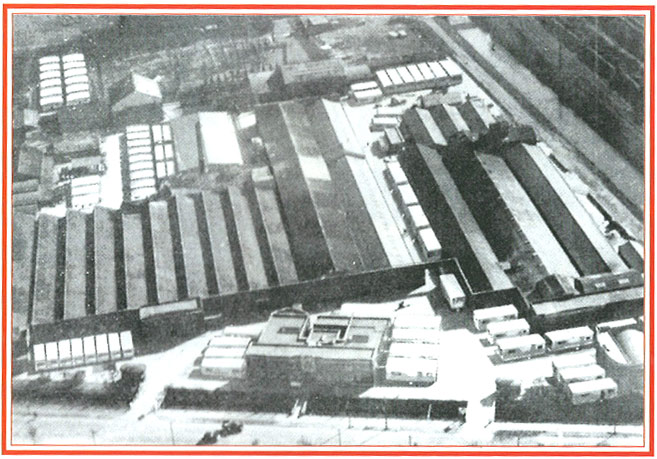 From the 1950’s the caravan industry expanded/developed at a great rate and through to the 60’s some manufacturers spread their wings to the international market. Being seasonal, some caravan manufacturers took this issue head on by diversifying even into the likes of football game boards. Although profits were often small, it allowed them to carry staff and avoid the problem of retraining new employees each season. Mass production changed these early days of struggle, with some manufacturers building as many as 35,000 (Eccles Tourers) annually in the early 70’s. (Sprite acquired Eccles and the quality slipped). The big volumes created a situation that could not be competed with, never mind matched or beaten.

New and innovative changes were common and flowed through the industry rapidly. There were many changes occurring – from bondwood to aluminium, from ply interiors to laminex, from cloth upholstery to vinyl, from inner spring mattress to rubber, from timber to plastics, from lino flooring to fitted carpet, from hand pumps to electric – the list is endless. Postwar innovations continued on the divan (foldaway bed), creating even more room and options in design. However full basic chassis design remained, despite attempts at monocoque construction.

Construction was based on market sales and catered for the basic with limited size and storage to the luxurious, with optimum windows, plush upholstery, curtains, quality timber and laminex, optimum use of storage and all the luxuries of home in sink size, stoves, refrigerators, tinted windows, recessed locker handles, etc. Caravan International broke more records and endurance runs with its touring caravans than any other manufacturer for a long period.

Alongside the growth came increasing popularity of joining a caravan club and growth in publication of articles and specialized caravan magazines. The first International Caravan Show was held in 1959 at Earls Court. At the 1960 Show, over 87,000 visitors viewed the 161 caravans manufactured by 32 dealers and 55 other connected caravan exhibitors. This one was probably the turning point from being a cottage industry. 1965 saw 113,000 attend the Show, yet by the late 1990’s the turnstiles struggled to register 40,000.

Numerous companies were known well overseas too – Aline, Raven, Rallyman, Globetrotter, Pioneer, Ambassador, Airstream, Cheltenham, Puku, Sable and Viceroy, to name a few. Even more manufacturers came and went, leaving only a ripple in their wake. Others who commenced manufacturing caravans moved into the building of mobile homes and holiday caravans as opposed to touring vans. A number of manufacturers also suffered from factory fires, often a regular occurrence in paintshops, leading to their demise. Problems often created the necessity of an increase in final price or significant warranty claims.